1: NOTHING BAD CAN HAPPEN
OFFICIAL PLOT
Tore (Julius Feldmeier) is a young man who has fallen in with so-called Jesus Freaks, a punk Christian sect basing themselves out of a house in Hamburg. Though an awkwardly unassuming sort, Tore one day makes acquaintance with an affable family man, Benno (Sascha Gersak), and decides to move into his home, where he meets and forges a connection with Benno’s young daughter Sanny (Swantje Kohlhof). However, this bond is tested once Tore discovers the sinister nature of this family unit; Benno’s dislike for Tore’s fastidious religious beliefs notwithstanding, the patriarch is an abusive sexual deviant with a short, violent temper.

MOVIEHOOKER’S THOUGHTS
I was mesmerised by the trailer for this. I am constantly on the hunt for films like this. One critic has even found some comparisons to MARTYRS, and I’m sure you all know, is my favourite horror movie of all time.

There is no doubt about it, this film is going to be dark, disturbing. When we see the violence arrive on-screen, we’re gonna be left feeling very uneasy, dirty and left with the thought “wtf have I just watched??.” There is just something about a horror movie about “Jesus freaks” that’s so unsettling.

MOVIEHOOKER’S THOUGHTS
it’s great to see legendary veteran director Miike Takeshi back on-the-scene. He was one of the main reasons I feel in love with Asian Cinema. The man just doesn’t give a shit, he is one of the most provocative and challenging filmmakers alive today, and proudly holds two fingers up to censorship.

3: MEXICO BOMABARO
OFFICIAL PLOT
México Bárbaro shows the world stories that form a part of our culture, and even some that have haunted us and made us have nightmares since childhood, those ones which took away our innocence. The boogeyman, trolls, ghosts, creatures, Aztec sacrifices, and of course our most beloved tradition, Day of the Dead, immerse in urban and rural stories are some of the issues that make up this anthology.

MOVIEHOOKER’S THOUGHTS
Mexico has given us some fine horror movies over the last fews years. So, anything that comes out of Mexico automatically has my attention.

I’ve been following this as much as I can but unfortunately the only information that I really have on the movie, is that it’s actually getting made. One thing I can tell you though, Mexicans can make a great horror movie. We should watch and buy this movie, promote it all we can, so these fine filmmakers get a chance to do it all over again.

4: THE SHREW’S NEST
OFFICIAL PLOT (imdb)
Spain, 1950s. Monte’s agoraphobia keeps her locked in a sinister apartment in Madrid and her only link to reality is the little sister she lost her youth raising. But one day, a reckless young neighbor, Carlos, falls down the stairwell and drags himself to their door. Someone has entered the shrew’s nest… perhaps he’ll never leave.

MOVIEHOOKER’S THOUGHTS
I posted the poster and plot on my MovieHooker FB page a couple of months ago (https://www.facebook.com/MovieHooker). The trailer recently arrived online and just strengthened my belief that this is gonna be an original and seriously messed up film. I’m looking forward to it. 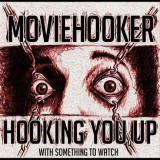