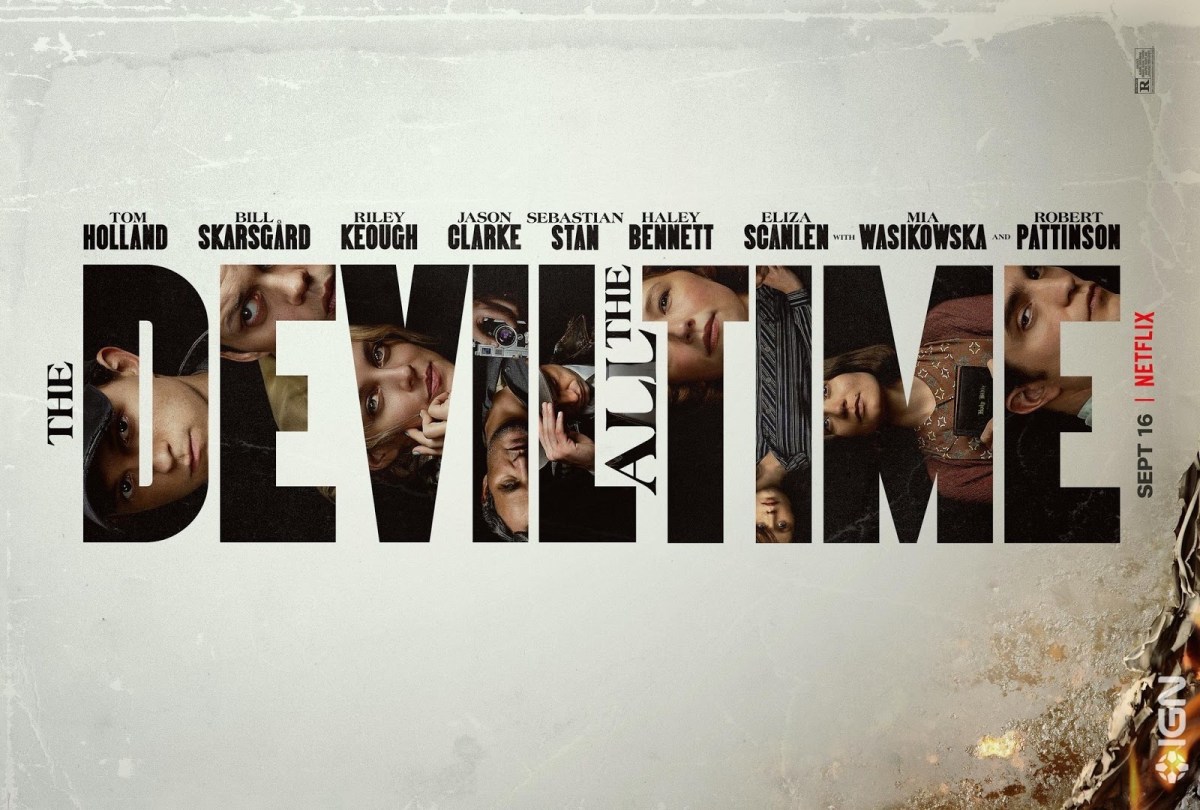 Moviehooker first reported about the new Netflix original The Devil All The Time back in January 2019. I have been looking forward to this for well over a year. The trailer did not disappoint. When first posting about the film, the info that I had was pointing towards, The Devil All The Time being a serial killer film. I can confirm that, yes, we have serial killers, but there’s a lot more going on than just the bloodshed and killing.

It does look like the cast has changed from the time I posted about the film back in 2019. It was also supposed to star Chris Evans.

Directed and co-written by Antonio Campos, who served as producer on my favourite cult movie of all time, Martha Marcy May Marlene. If you like a good mind-fuck of a movie and haven’t seen it, check it out.

The Devil All the Time is the debut novel by American writer Donald Ray Pollock, published in 2011 by Doubleday. Its plot follows disparate characters in post-World War II Southern Ohio and West Virginia, including a disturbed war veteran, a husband and wife who are serial killers, and a false preacher. The film of the same name is set to star Tom Holland, Sebastian Stan, Robert Pattinson and Bill Skarsgård, and will be produced by Jake Gyllenhaal.

The Devil All The Time hits Netflix on the 16th of September. You can check out the trailer below

Again, I have to mention that September is a great month for new releases.