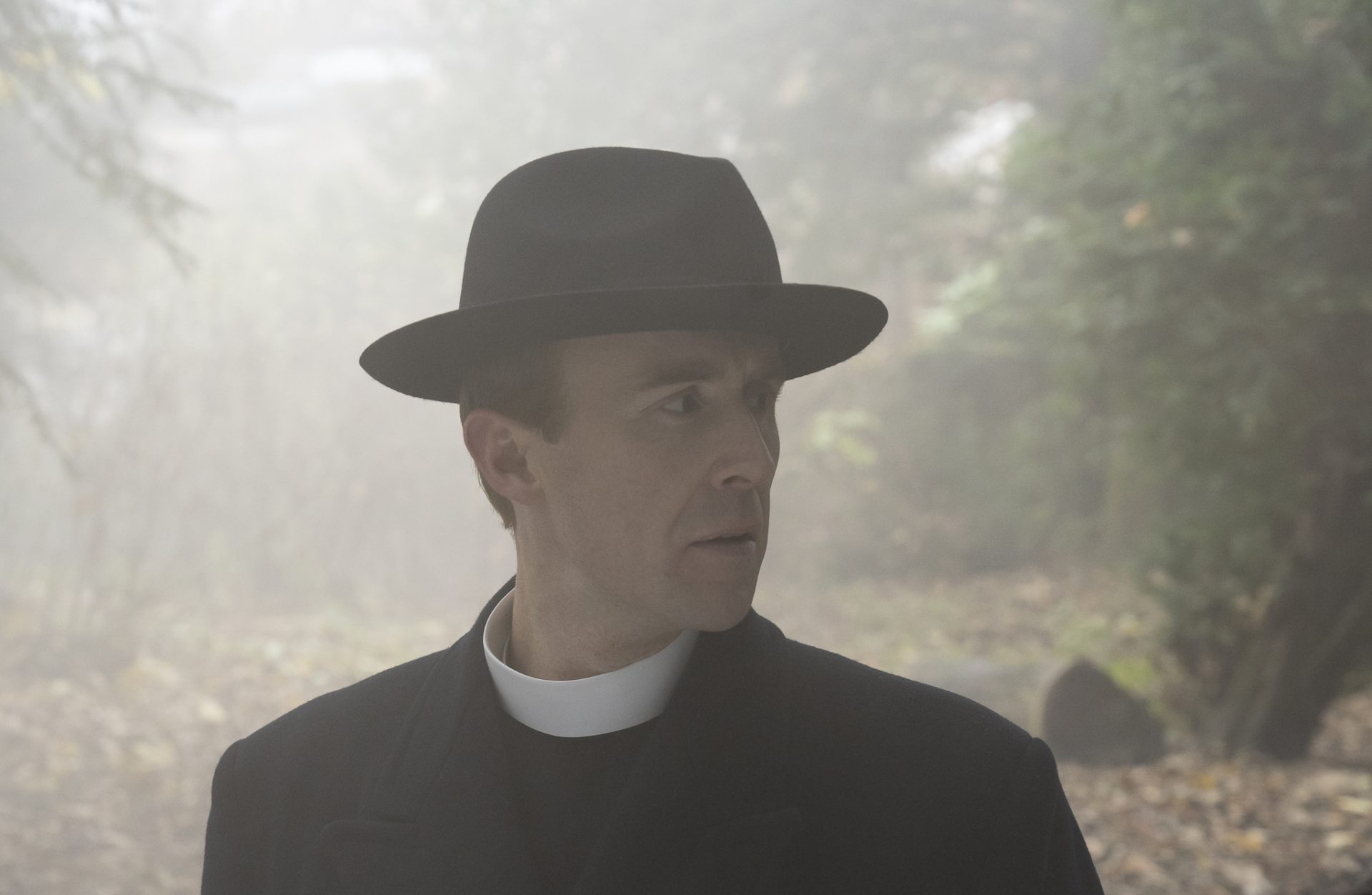 Shudder will release The Banishing, a new British supernatural horror film based on true events from the director of Triangle, Creep (2004) & Black Death

Check out the official press release and trailer below.

From acclaimed director Chris Smith comes THE BANISHING, which tells the true story of the most haunted house in England. A young reverend and his wife and daughter move into a manor with a horrifying secret. When a vengeful spirit haunts the little girl and threatens to tear the family apart, the reverend and his wife are forced to confront their beliefs. They must turn to black magic by seeking the help of a famous Occultist…or risk losing their daughter.

THE BANISHING is a WestEnd Films production.

THE BANISHING will stream exclusively to Shudder on April 15th in the US, Canada, UK, Ireland, Australia, and New Zealand, as well as via the Shudder offering within the AMC+ bundle where available.

Check out the trailer below

As always, thanks for reading. All the above information from the official press-release. 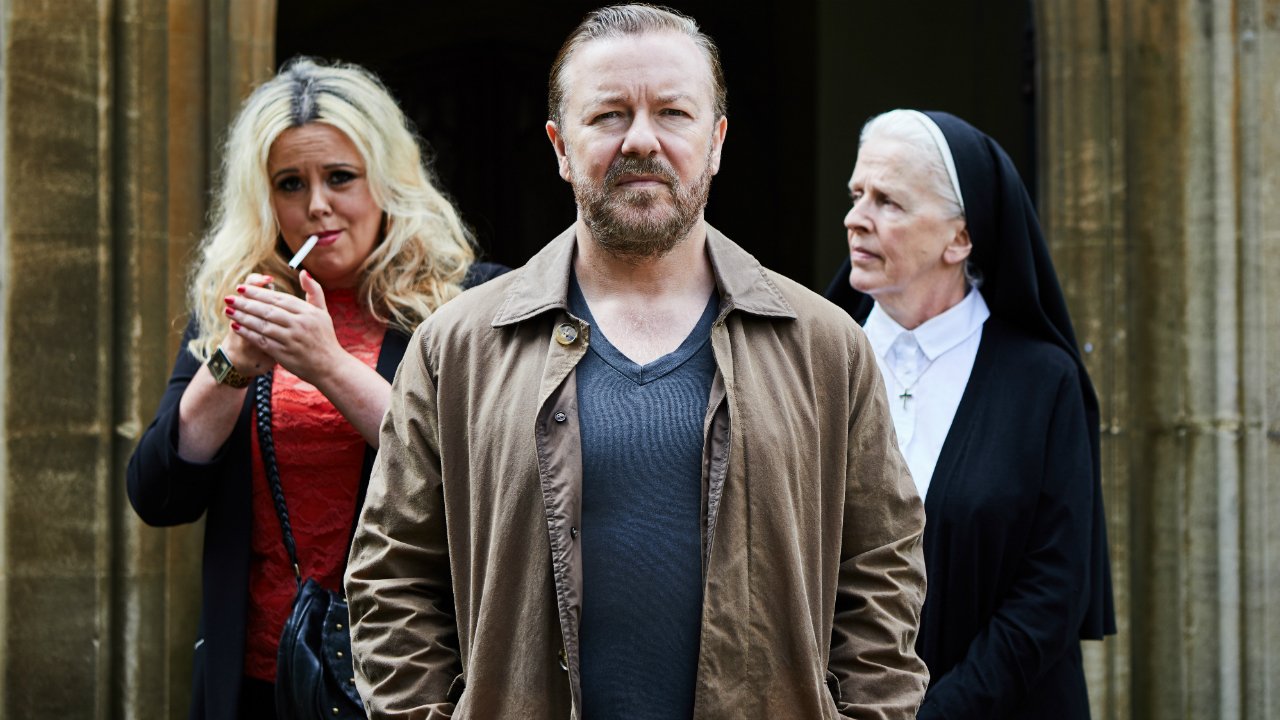 Ricky Gervais is back with another Netflix original in After Life

After Life is a new comedy/drama, directed by & starring Ricky Gervais. If you’re a fan of the man then I am sure you’ll binge this entire series in just one sitting – well, I did anyway.

Gervais effortlessly puts himself in the shoes of nearly every other character that he has ever played.  He knows that this is all he has to do, and you know something? he’s fucking right too! why fix what ain’t broken?. He never has to think outside the box, he has his winning-formula and he’s sticking to it. That, and it now seems that he has streaming giants Netflix in the palm of his hands.

Another thing that Gervais does effortlessly is to have the ability to write storylines, characters and create entire worlds which all of us can connect to. Underneath the comedy and usual Gervais, antics are stories that hit us right in the feels. He’s a master at the human-side of drama and this new 6-part series has all of the above.

In After Life, Gervais plays Tony, a journalist for a free newspaper who has just lost his wife to cancer. The loss of his wife has left Tony empty, self-destructive and suicidal. Once a pleasant funny guy, he now spends his days making life miserable for his colleagues and anyone that comes into his life. Adding to the depressing reality, no one reads the newspaper anymore…especially the free ones. This makes them so desperate that any local, ridiculous story will make the headlines….like a stain on a wall that resembles Kenneth Branagh.

I found the story to have the same structure as my favourite Phillip Seymour Hoffman flick, Love Liza – a guy loses his wife and goes down a path of self-destruction as a way of grieving.

Personally, I think this is Gervais’ best work to date. It has the best elements from The Office with a lot of interesting funny characters. It was also great to see Ashley Jensen who played Maggie Jacobs in Extras in one of the leading roles.

And now that Gervais isn’t working under the strict dictatorship-like regime of the BBC, he’s allowed to let loose..and it shows in After Life. There’s no way that the BBC would let him get away with some of the scenes in After Life. I for one am glad that Netflix has given him total creative control to say and do whatever he likes.

I have no shame in admitting it, but After Life left me a  blubbering mess and if you’re a fan of his style (even if there only is one) then I am sure you will be left feeling the exact same way too.

As always, thanks for reading

END_OF_DOCUMENT_TOKEN_TO_BE_REPLACED 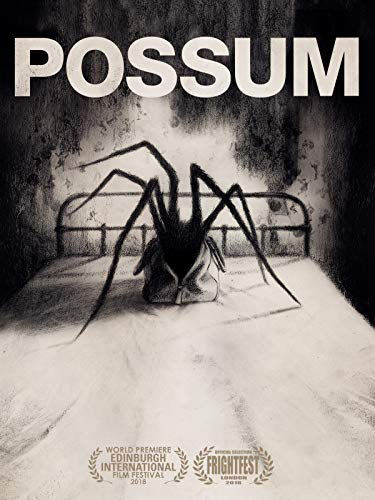 POSSUM Review: The scariest kind of monsters are the ones that exist inside of our minds.

THE DIRECTORIAL DEBUT FROM MATTHEW HOLNESS

Possum would not be a film that would be suited for everyone. There aren’t a lot of characters and the film is made up of long eerie scenes with no dialogue. However, if you are the type of person who enjoys a good Lynchian psychological mind-fuck then Possum is a bizarre, unnerving, and unforgettable film.

I wouldn’t call Possum a horror movie, it’s more like a heavy psychological drama. The horror we see stems from a deteriorating, fragile mind on the brink of a complete psychotic breakdown.

Sean Harris plays Phillip, a troubled and disgraced puppeteer. Left with no choice, Phillip must return to his hometown after years of absence. In order for him to escape his past, he must face the abuse and trauma he left behind years ago. He carries a brown duffle-bag that holds his most hideous creation, a spider-like puppet with an emotionless, pale human head. He must confront his greasy, obnoxious stepfather which triggers a mental and emotional collapse in an already deranged and unsettled mind.

Sometimes the scariest monsters are the ones that live inside of our heads.

Firstly, our lead played by Sean Harris brings to life one of the tensest, strangest, loneliest and sympathetic roles in recent indie memory. At the same time, his character, Phillip is scary and unpredictable. He looks like he could snap at any second, casting a heavy shadow of uneasiness throughout the entire feature.

Possum primarily reminded me of two things; The Living And The Dead and The Babadook.

The Living And The Dead because of the dreary English setting, the run-down house and the fantastic one-man-show performance from Sean Harris; The Babadook because of the illustrations we get shown in the film. Phillip carries a book of disturbing, horrific black & white nightmarish drawings. All of this is wrapped up in the style of David Lynch. Also, the soundtrack needs a special mention. For a disturbing film, we need disturbing music and that’s what we got. The OST is there to help fill-in the prolonged scenes with very little or no dialogue.

Directed and written Matthew Holness who is best known Garth Marenghi’s Darkplace. Possum is based on a short story written by Holness called The New Uncanny which was first published in 2008.

A shockingly good directorial debut that leaves you haunted for days. I look forward to seeing what Holness brings us next. 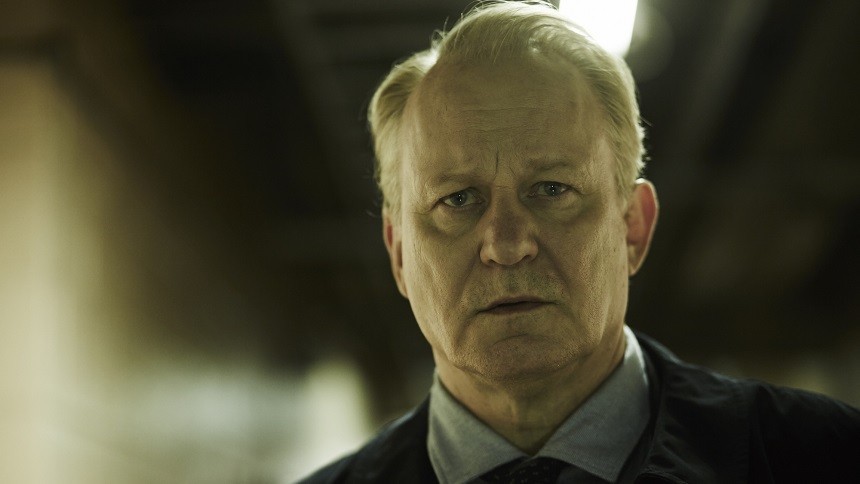 British crime drama series has got damn good over the past few years, so here is a list of them. I believe this is because of the rise of insanely popular Scandinavian and flawlessly written programs such as The Bridge, or The Killing.

These shows have forced Britain to step-up and really give it their all, and I think these 4 British crime drama series list from 2015 would be well worth hooking you up with… I hope you enjoy.

River stars Stellen Skarsgard – the story is simple – his partner has been shot-down in cold blood and he must try and find her killer, while at the same time try to manage his delusional and rapidly deteriorating, broken mind.

The dead people he sees aren’t looking to get a message to a loved one – or trapped between worlds – they are there because River is slowly losing his mind.

It’s very clever in the sense – that the dead people he sees offer insights into the case, but as the evidence unfolds we start to learn just how delusional River actually is.

While the viewer does feel sympathy towards Detective river, as Skarsgard plays his character with realism and ease, it makes for some seriously awesome crime television, and its very dark at times.

He sees his murdered partner, a dead teenage kid who he feels responsible for and has carried a heavy burden since his death, and then a random serial-killer from the early 1900s (played brilliantly, as always, by Eddie Marsan). A great show, powerfully written, it will have you hooked

After watching River I was really impressed with Nicola Walker’s performance – I set out to find if she had been in any other crime TV shows that I might have missed and that’s when I stumbled on, Unforgotten.

This is a multi-layered, brilliantly written piece of crime drama. Very realistic, heartbreaking with yet another great performance from Nicola Walker.

When the remains of a teenage boy that was missing for 39 years are found by builders when renovating a house- 6 very different people are thrown into a past they thought they buried a long time ago.

A whodunit of the highest order that touches on, power, racism, homophobia, and murder.

I went into Spotless not knowing much about the story. It focuses on the owner of a small crime scene cleaning business who is finding it hard to make ends meet and support his wife and children.

When his estranged brother arrives from France with a load of heroin he sees a way of getting out of his rut…there is just one problem – the smack is in the stomach of a dead prostitute who he has in a large freezer in the back of his van.

We all know anything like this won’t end pretty –  they get involved with some nasty people when trying to source a buyer for the smack  –  not too mention –  the owners of the drugs have located him, and they have sent out the heavies to bring back the drugs…or his head.

From Darkness is another crime drama that focuses on a retired cop called Claire Church (played by Anne-Marie Duff from Shameless). Church left the police force and moved away to rural Scotland (I think) to start a new life with her husband and child.

When she was in the force, she believed she had vital information about the disappearance of two prostitutes but her superiors thought that the evidence was not substantial enough to make a case.

16 years later  –  the bodies of the two girls are found. The church is contacted by an old colleague who comes crawling with apologies on why they didn’t listen. After some persuasion, Church decides to enter the case once again only this time she won’t stop at anything until she catches the killer who brutally murdered the prostitutes all those years ago.